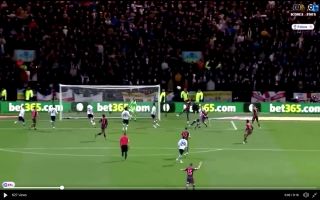 Arsenal starlet Eddie Nketiah has shown Marcelo Bielsa that he deserves to start for Leeds after he grabbed a crucial late equaliser against Preston this evening.

In the 87th minute of tonight’s Championship clash between Leeds United and Preston, Arsenal ace Eddie Nketiah turned up with the goods by scoring a crucial equaliser just 10 minutes after coming off the bench.

Winger Jack Harrison looped a cross into the box and Nketiah showed fans that he’s also clinical with his head by aiming a lovely header into the back of the net.

Check out the 20-year-old’s all-important equaliser below:

Eddie Nketiah's goal against Preston. He came on few minutes before the goal with game almost ending. Notoriously undervalued by Leeds. Arsenal should get him out of there pic.twitter.com/l4jmd8ue59

Nketiah has been superb for Leeds so far this season, the ace has also been prolific for England’s Under-21s.

Given his point-winning goal tonight, it’s clear that the youngster deserves the chance to start Leeds’ next game.

If the ace is continually left on the bench, should the Gunners recall the ace in January?