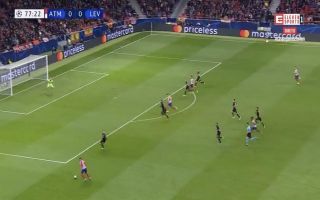 The Group D Champions League clash at Wanda Metropolitano proved a tense affair, with clear cut chances at a premium for both sides.

Much maligned centre-forward Morata ended up being the match-winner, netting only his second goal of the 2019-20 campaign to date after meeting an excellent cross from Renan Lodi on the left-hand side.

Morata’s powerful header secured a valuable 1-0 victory for Atletico, which saw them move to the top of their group on seven points, three ahead of Juventus, who have just kicked off against Lokomotiv Moscow.

The Spain international has endured a difficult last couple of years, with his quality in the final third of the pitch often called into question, but his latest effort should serve as a much-needed confidence boost.