The Ballon d’Or may well be a celebration of the world’s greatest footballers, but the final 30 in this year’s nominations certainly raised a few eyebrows.

While Tottenham goalkeeper Hugo Lloris was somehow considered good enough to be in the running to win the prestigious award, we’ve put together a pretty immense XI of players who didn’t make the cut.

We’re not necessarily saying any of this bunch really deserves to win the prize, or even make the top three, but there’s a hell of a lot of talent that’s been snubbed and this lot are surely worthy of making the 30-man shortlist… 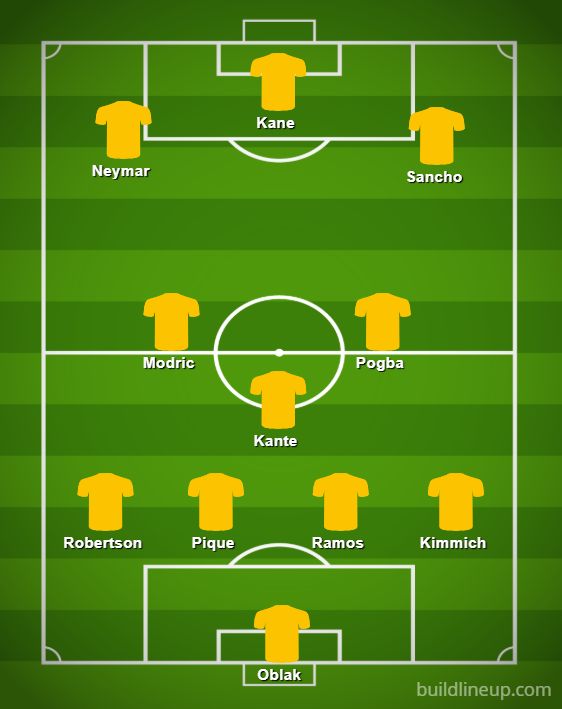 Firstly, if Lloris made the Ballon d’Or final 30, how on earth did Atletico Madrid shot-stopper Jan Oblak miss out? We’ve gone for him in goal, with that defence in front of him also looking world class.

Liverpool left-back Andrew Robertson being snubbed is a particularly baffling call as he’s been just as important as Trent Alexander-Arnold has been for the European champions, and the England youngster did make it in.

In midfield, last year’s winner Luka Modric somehow isn’t even among the best 30 in the world this time around, so we’ve put him alongside N’Golo Kante and Paul Pogba in what would be a stunning midfield trio.

‘No need for Mo and Sadio’ – These Liverpool fans are furious with the risk that Klopp has taken against Porto
‘What happened to Foden?’ – These Man City fans are concerned why Pep has left young star out against PSG
Liverpool and Man City team news for mid week Champions League ties

Finally, up front, it’s surreal to think this incredible forward line doesn’t feature in the running for the Ballon d’Or – Neymar has admittedly had his injury problems and not been at his usual high standards, and this is also true to Harry Kane to an extent.

Jadon Sancho, however, has been a joy to watch and is one of the most outstanding young players in the world right now, so one imagines his time will come, even if it’s not this year.