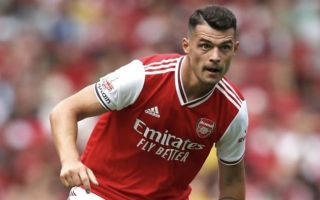 The Switzerland international was given the armband back in September after winning a player vote, with Pierre-Emerick Aubameyang, Hector Bellerín, Alexandre Lacazette and Mesut Ozil named as vice-captains, in descending order.

Xhaka has divided the Gunners fanbase with his performances since joining the club from Borussia Monchengladbach in 2016, but he has been a fixture in the starting line up under current boss Unai Emery.

The 27-year-old already has nine appearances across all competitions to his name this season, but an Arsenal legend has questioned the new club captain’s ability to lead.

Petit, who played for the Gunners between 1997 and 2000, is not sure what Xhaka brings to Emery’s line up, insisting that fellow Frenchman Matteo Guendouzi is the only real leader in the team.

“Can you imagine Patrick Vieira on the pitch on Monday night?” he told Paddy Power – as per Goal. “He would have been shouting at his team-mates, asking them: ‘What the f*ck are you doing?’

“I don’t see that with Xhaka. I do with Guendouzi – he’s one of the few who shows he wants to win every game. He’s got a lion’s heart.

“Guendouzi is relied upon a lot by [Unai] Emery, and that’s because he’s showing anger on the pitch. He hates to lose games, you can see that he’s ready to fight for every single ball. He plays to his strengths and he does that well.

“That’s more than you can say for some of the other midfielders. Can anyone tell me what is Xhaka’s best quality? I don’t know why he has been made captain. The leadership is absent.” 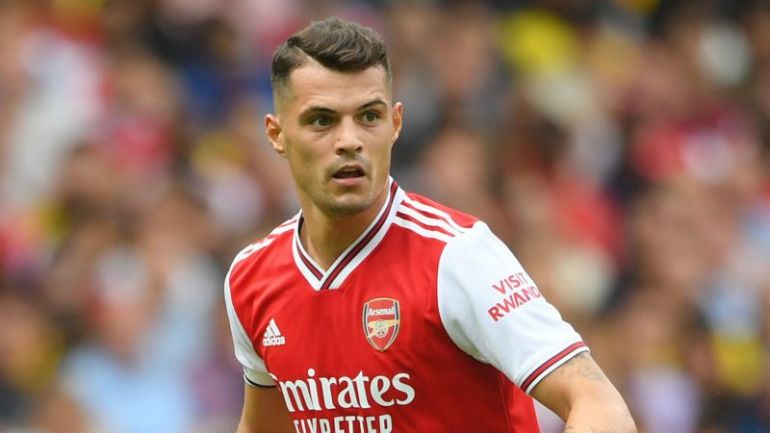 Xhaka in action for Arsenal

Petit went on to criticise Emery for failing to pick Mesut Ozil for Monday night’s defeat at Sheffield United, a match which also saw creative midfielder Dani Ceballos resigned to the substitutes bench.

“Emery said last week that Mesut Ozil was ready to play,” he added. “Yet he didn’t even make the bench. That left Arsenal without any quality to bring on. The players Emery picked to start in Sheffield – honestly, come on!

“Were there really no other options? What about Dani Ceballos? He’s one of the few Arsenal players who can create something with his passing. I don’t want to focus on Granit Xhaka all the time but, well, show me something else!

“Regarding Ozil, I don’t think the club are being completely honest. Ozil seems to be ready to play, he has been training for weeks – if he’s not fit now, when is he going to be fit? There’s a problem somewhere.

“Maybe it’s a mental issue or maybe Emery simply doesn’t like him or doesn’t trust him.”