Manchester United are back in action in the Europa League tomorrow night as they take on Partizan Belgrade in a difficult away game.

Still, for the time being this competition is surely about rotation and giving young players a chance, with progression to later rounds a bonus.

MORE: Good news for Manchester United as Real Madrid to give up on Pogba and focus on signing €200m superstar

Of course, some Man Utd fans will want to see Ole Gunnar Solskjaer and co. go all out for the trophy – even this trophy – but it doesn’t make sense to burn out players for the Premier League at this early stage of the season.

Here’s a look at a potential United XI below, with a decent mix of youth and experience that should have enough to break Partizan down… 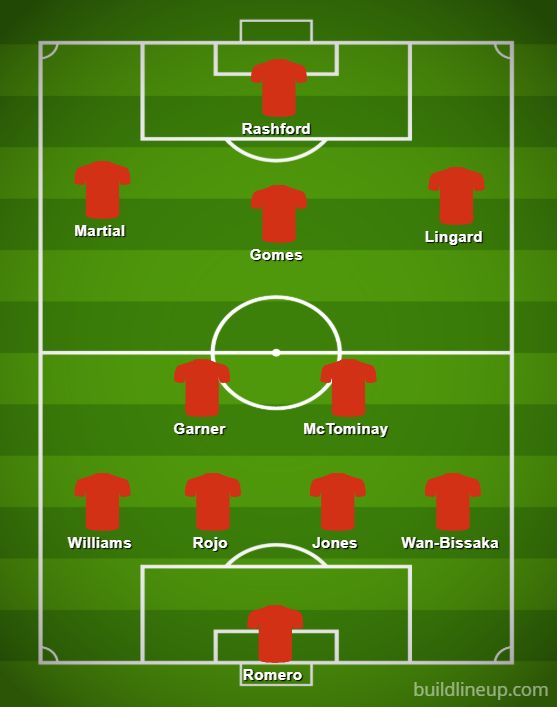 Anthony Martial came on as a substitute against Liverpool and should be able to start this one, while Marcus Rashford, Scott McTominay, Aaron Wan-Bissaka and Marcos Rojo can continue in the side.

Meanwhile, youngsters like Brandon Williams, James Garner and Angel Gomes deserve chances to show what they can do and could surely be worth risking over unconvincing bigger names like Ashley Young, Fred or Juan Mata.

In total, this would be six academy graduates in the MUFC line up, and even if it doesn’t bring about an ideal result, Solskjaer and the club’s fans can get a decent glimpse into the future if some of their youngsters perform.