Bayern Munich striker Robert Lewandowski is the subject of interest from Real Madrid, with Zinedine Zidane eager to increase his attacking options.

The Blancos have endured a mixed start to the new season, drawing three and losing one of their first nine La Liga fixtures to fall a point behind leaders Barcelona at the top of the standings.

Madrid’s performances have been a cause for concern, with the likes of Eden Hazard and Luka Jovic still adjusting to life in Spain following big-money moves during the summer transfer window.

Pressure has been building on Zidane in recent weeks, with some fans and experts calling for him to be sacked after Madrid’s 1-0 defeat at Real Mallorca at the weekend.

The Frenchman wants more firepower upfront to help his side challenge for major honours, with OK Diario reporting that prolific Bayern superstar Lewandowski is top of his list of targets.

The Spanish publication states that Madrid are preparing to launch a bid within the region of €70 million for the 31-year-old, who is currently enjoying a hot streak in front goal. 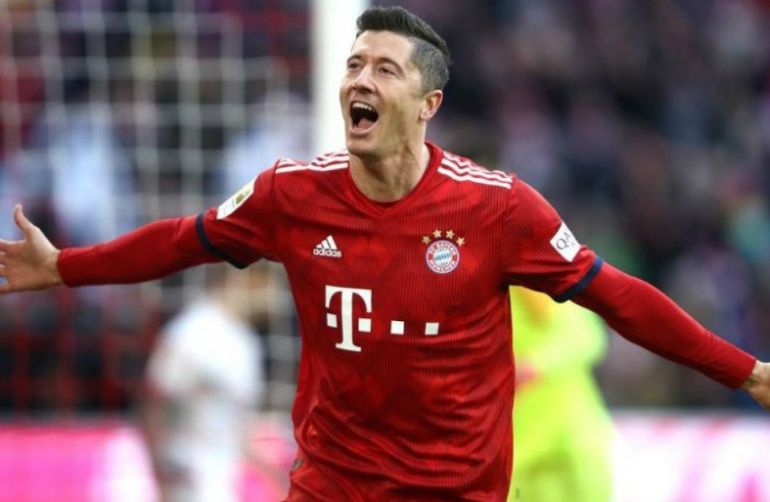 Lewandowski in action for Bayern

Lewandowski has 18 goals to his name from 13 appearances across all competitions so far this term, with his latest double coming in Bayern’s 3-2 win at Olympiacos in the Champions League on Tuesday night.

The Poland international has been one of the most deadly forwards in European football for many years now and is showing no signs of slowing down even as he approaches the latter stages of his career.

Lewandowski would surely slot into Zinedine Zidane’s starting XI seamlessly, but it remains to be seen whether he will be open to leaving the Allianz Arena.

The experienced centre-forward still has four years left to run on his existing deal with Bayern, which means Madrid will have to put together a very attractive financial package to lure him to Santiago Bernabeu.