Arsenal resume their Europa League campaign at home to Vitoria Guimaraes on Thursday, three days after suffering a shock defeat at Sheffield United.

The Gunners missed the chance to move into third place in the Premier League after Monday night’s loss at Bramall Lane, but they have the opportunity to get back to winning ways quickly when Vitoria arrive at Emirates Stadium tomorrow.

Unai Emery’s side are currently top of Group H in this season’s Europa League, after securing comfortable wins over Eintracht Frankfurt and Standard Liege in their first two fixtures.

The Spanish boss has used the competition to blood the younger members of his squad once again, with the likes of Bukayo Saka, Gabriel Martinelli, Joe Willock and Emile Smith Rowe all benefiting from his youthful selection policy.

Martinelli stood out during Arsenal’s 4-0 triumph against Standard Liege on October 3, scoring twice to take his tally to four goals in five appearances for the club since his summer arrival from Ituano FC. 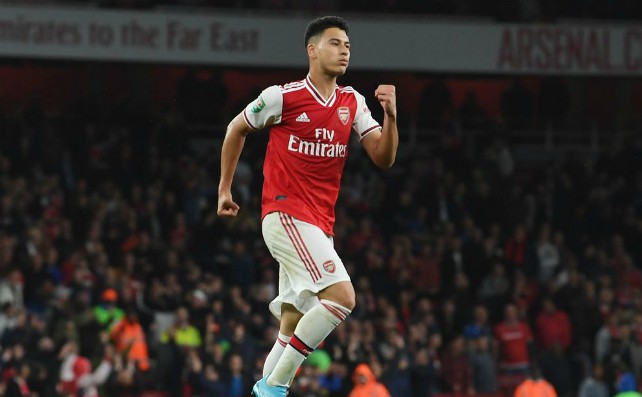 Willock and Saka have emerged as regulars in Emery’s line up in recent weeks and will probably retain their spots for tomorrow night’s game, with Smith Rowe and Ainsley Maitland-Niles also likely to be in contention.

Some Arsenal fans were calling for Emery’s head after Arsenal’s setback against Sheffield United, with serious questions raised over his decision to keep Mesut Ozil on the sidelines.

The German international has been restricted to just two appearances across all competitions this term, with Emery favouring a 4-2-3-1 formation with two holding midfielders to protect the defence.

Hector Bellerin, Kieran Tierney and Rob Holding are all available for the showdown with the Primeira Liga outfit and all of them could help the Gunners earn another important three points in Europe, with a place in knockout stages edging ever closer. 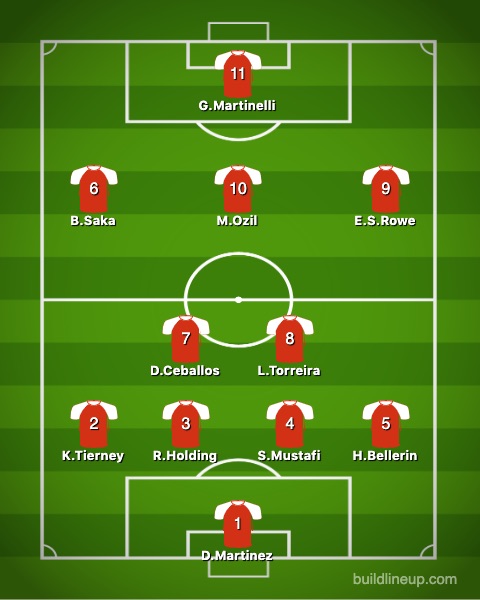 A possible Arsenal XI to take on Vitoria