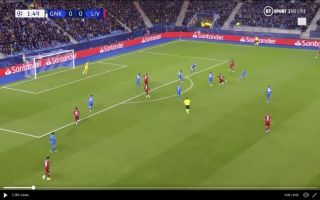 Alex Oxlade-Chamberlain fired Liverpool into the lead against Genk less than two minutes into tonight’s Champions League tie, take a look at the stunner here.

Fabinho played the ball into Alex Oxlade-Chamberlain and the England international showed that his confidence is definitely back after his heartbreaking injury by looking up and drilling the ball into the bottom corner.

Take a look at the Ox’s opener below:

It took less than two minutes for Liverpool to lead in Belgium!

What a moment for Alex Oxlade-Chamberlain on his first Champions League game for 18 months ?

It’s great to see Oxlade-Chamberlain getting back to his best, he was certainly playing the best football of his career before his lengthy injury.