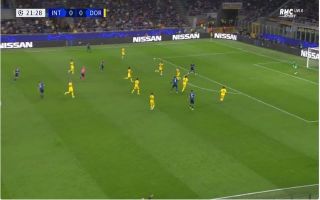 Barcelona and Real Madrid always love to start planning transfers years before they actually happen, they do all they can to unsettle their target and drive the price down.

With Luis Suarez getting older, we look set to be treated with almost daily speculation over who might replace him. The latest from El Mundo Deportivo suggested that Inter Milan striker Lautaro Martinez could be a €200m target for Barca in the next few months.

He showed his class at the highest level tonight. His perfectly timed run, great touch and clinical finish put Inter Milan in front against Dortmund:

With Inter, Dortmund and Barcelona all being in the same group, results between the two teams could be crucial. A win tonight would be a huge boost for Antonio Conte’s hopes of qualifying for the next round.