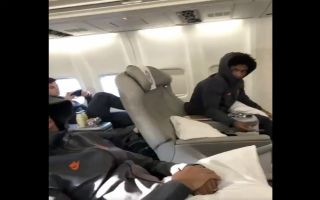 The Blues are set to face off against Dutch champions Ajax at the Johan Cruyff Arena on Wednesday night, in a crucial Champions League fixture which could have huge repercussions in Group H.

Chelsea trail Ajax by three points in the standings, having only won one of their first two fixtures, but they are fresh from five wins from their last five matches across all competitions.

Frank Lampard and his squad made their way over to Holland on Wednesday, with Italy international Emerson taking the opportunity to sneak in some extra sleep ahead of a huge European clash.

Willian’s hilarious attempts to wake his club colleague from an in-flight nap were filmed and posted on Chelsea’s official Twitter account, much to the amusement of supporters on the social media platform.

Counting down to kick-off!

The midfielder threw various items of food at Emerson to disturb his slumber and eventually succeeded in his mission, with another of his teammates heard laughing in the background.

Check out Willian’s antics below. 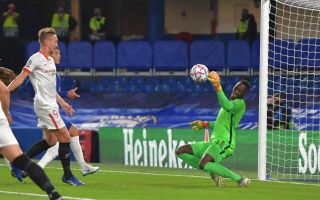