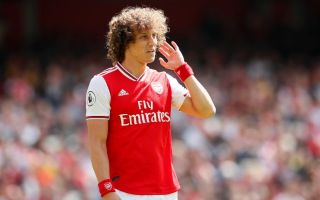 There’s a weird fascination with David Luiz in the Premier League. He is occasionally capable of doing something brilliant in an attacking sense, but you always feel a defensive clanger could be dropped at any moment.

Perhaps it’s the long hair and the Brazilian name, if he played in the same style but was English and called David Lewis, it’s highly doubtful if he would get the same leeway.

His signing for Arsenal was certainly intriguing, but there’s no way that he can be seen as a long term option for Unai Emery at the back.

They will have William Saliba arriving at some point from Saint Etienne, but it sounds like they are looking at bringing in another defender to be the long term building block at the back. According to The Sun, that’s set to be Dayot Upamecano.

Again he comes with a fantastic name, only he’s quick, physical, decent on the ball but also a tremendous defender. The report suggests he will be available for £40m because he only has 18 months left on his contract at RB Leipzig.

He’s only 20 but already has a lot of top flight experience. The report does suggest Arsenal have tried to move for him in the past but failed, it seems his contract situation means they have a much better chance of landing him now. They go on to say a move is expected to be made in January or next Summer.

Upamecano in action for Leipzig

On paper it certainly looks like he would be a fantastic signing for Arsenal, but there’s also a decent chance that Unai Emery might not be around to sign him by the end of the season if results on the pitch keep faltering.

He’s a player with a great reputation so it’s probably best to get him signed up as soon as possible. Even if they have to do the same as with Saliba and loan him back for the rest of the season, it should still stop anybody else coming in to take him first. 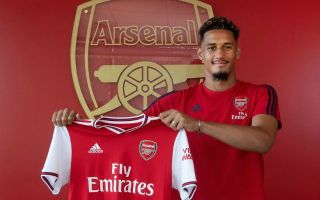