We all know the expression that a picture says a thousand words, but sometimes a truly baffling picture pops up that no amount of words can really explain. If we take this at absolute face value, we see Rangers winger Ryan Kent aiming some sort of ninja kick at one of his coaches.

The fact that both the player and coach started laughing afterwards shows everything is probably fine, but imagine the chaos that would come out of this his he got it wrong: 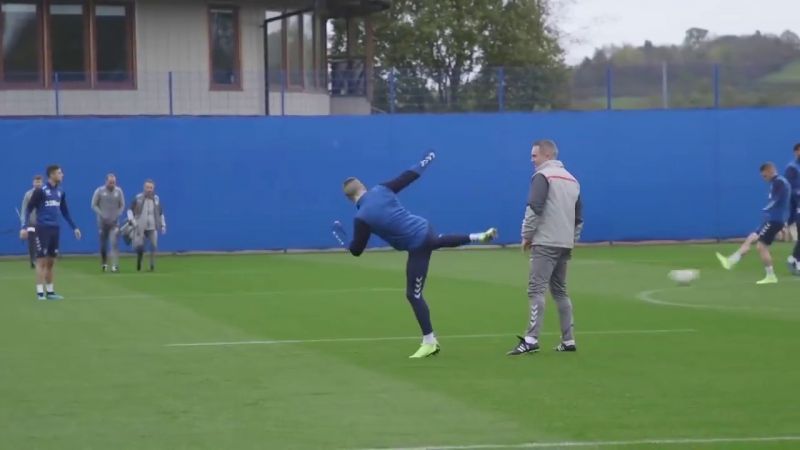 This was also reported by The Daily Star who seemed similarly baffled by it, but again couldn’t really offer any kind of explanation. We’ve seen Zlatan going about kicking teammates in training before, but he is also one of the greatest players in the world and a known enigma, so that wasn’t so surprising.

Kent was outstanding for Rangers last season and many people thought he would finally get a chance to show what he could do at Liverpool. Unfortunately for him, Jurgen Klopp’s team are on another level just now so he was never afforded a chance.

He returned to Rangers on a permanent basis late on in the window, the fans will be hoping he starts making headlines for what he does on the pitch soon.