It’s heartbreaking that we’re nearly in 2020 and racism is such a big issue in football and society again. It used to be we would see the odd isolated incident that would shame the sport, now it’s an almost everyday occurrence.

The face that we have to see players and managers talk about what they plan to do when they are subjected to abuse should set alarm bells ringing everywhere. It’s almost like we are resigned to it happening.

Of course this isn’t just football’s problem to solve, it’s a societal issue that needs some real leadership from the leaders in various countries but that seems like a long shot. At least some people are trying to change things.

READ MORE: Roma and Sampdoria show the world how clubs should react to racist incidents at games

Troy Deeney had been speaking as part of a recent campaign launched by Watford to tackle to tackle racism and discrimination in the game. He has a point when he brings up how there doesn’t seem to be any kind of consistency or framework when it comes to handing out punishments.

Deeney’s comments were reported by the Watford Observer: “If you’re a racist what’s the punishment? It’s up and down. It depends on who you said it to, where you said it, was it caught on camera? Did it get enough media attention? All these different things. We need to put a set individual rule in and that shouldn’t be difficult for the powers that be that introduced 20 odd new rules in this year.”

One of the biggest issues comes down to different punishments to different people. If a fan displays racist behaviour then we hear calls for a lifetime ban, but if a player does it then it’s unlikely they will get more than a couple of games. 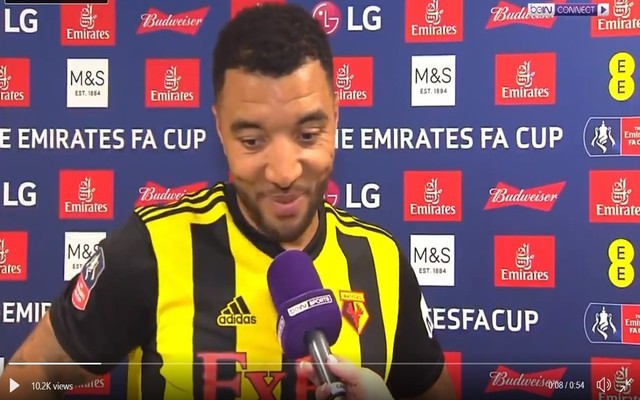 Deeney is the latest player to speak out

The Luis Suarez and Patrice Evra incident was a shambles for the sport where Liverpool tried to protect their player and almost act like he was the victim, but there have been hundreds of other cases since then too.

Hopefully the authorities will see that players are starting to speak out about the issue, and it will force some kind of action soon.

There was a familiar face at Watford training on Wednesday June 3, 2020 20:27
Watford FC