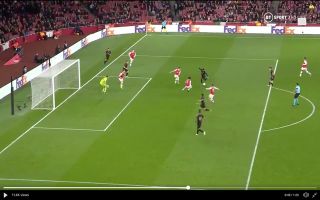 Arsenal have fallen behind early into their Europa League clash against Vitoria. Tottenham academy graduate Marcus Edwards showed some lovely skill before scoring.

Vitoria charged down the right flank before the ball was played into Marcus Edwards, the former Tottenham Hotspur academy star pulled off a lovely trick to fool Hector Bellerin and Kieran Tierney before producing a lovely finish.

The ace managed to hit the back of the net in a crowded penalty area.

Check out the 20-year-old brilliant goal below:

The former Spurs academy player puts Vitória ahead at the Emirates! pic.twitter.com/KbjrW1JMNe

If Unai Emery’s side can’t get back into this game, Arsenal fans will be mocked by their rivals Spurs.

It’s crazy how quick the tables can turn, the Gooners were laughing straight to the bank when Serge Gnabry scored four for Bayern against Tottenham. 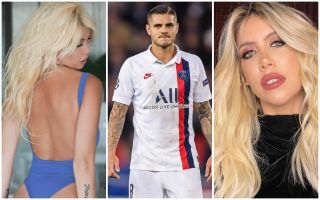