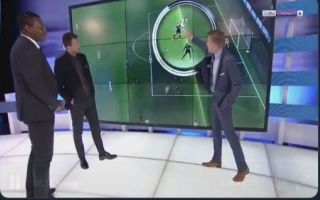 I’m pretty confident that Chelsea fans might feel differently on this one, but on first viewing last night the disallowed Ajax goal looked to be onside. It was only once we got treated to the full VAR breakdown including various lines being drawn on a screen they determined a section of shoulder or something was offside.

It almost completely flies in the face of the “clear and obvious” definition where VAR is expected to intervene. Offside should be a black and white decision, but if it takes minutes to decide and it’s still not clear then the original decision should stand.

This will be a tough one to swallow for Ajax fans, but it looks like they were completely shafted by VAR last night. The pundits on beIN sports seem to have proved the goal should have stood:

VAR shafted Ajax by using the wrong image and wrongly disallowing their goal vs Chelsea ? pic.twitter.com/HTDyFVyF3R

The big problem seems to be that the image used to make the decision shows the ball has already been kicked, it’s a frame or two late. It will be interesting to see if there’s any further action to come after this one.