Chelsea boss Frank Lampard has confirmed a number of first-team stars will not be included in his squad to face Burnley due to injury.

The Blues have won their last six matches across all competitions, rising to fourth in the Premier League table while also impressing in the Champions League.

A 1-0 victory over Ajax in Amsterdam on Wednesday night highlighted how far Chelsea have come in such a short space of time under Lampard, but their winning run could be threatened at Turf Moor on Saturday.

During a press conference on Friday afternoon, Lampard confirmed that N’Golo Kante, Ross Barkley, Ruben Loftus-Cheek, Antonio Rudiger and Andreas Christensen will all miss the trip to Burnley this weekend.

As per Metro Sport, he stated: “Loftus-Cheek is well out, Rudiger and N’Golo [are both] not ready for the weekend.

“We need to get him [Kante] right now. Christensen and Barkley are both out as well.” 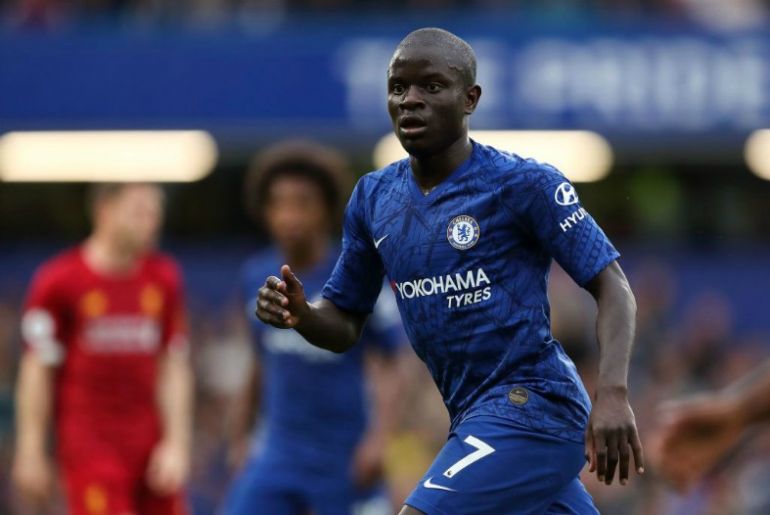 Kante will not feature against Burnley this weekend

When asked how long Kante will be forced to sit on the sidelines, Lampard responded: “I don’t know. I just want him fit.

“He might be suffering from the big injury at the end of last season. There is no time-frame at the moment.

“Rudiger had a bad injury, this is a fall-out of last season, that is the nature of it. We need to remember that, but he is close.”

For Chelsea to lose so many key performers ahead of such a crucial Premier League fixture is a huge blow for Lampard, who acknowledges the threat posed by an in-form Burnley side.

The 41-year-old expects a “physical battle” against the Clarets, admitting Sean Dyche’s side are “well-drilled” and capable of springing an upset.

“It’s a tough place to go. They have a strong way of playing, they are well drilled,” he added. “They can give you big problems. It is a tough match. You have to respect the teams you play, it will be a physical battle.

“They have been good. I have watched a lot of their games. They are scoring goals. They had a tough time at the early stages of last season, they have always been a difficult game.”