It almost never works out for a player when they are labelled the new version of a former legend. Perhaps Lionel Messi did turn into the new Maradona, but you can be sure there were hundreds of youngsters who had that title before he broke through.

Thankfully a section of the Man United fans are absolutely keeping things low-key and don’t want to heap too much pressure on a youngster after a decent showing. Oh, my mistake, Brandon Williams is now being branded as the new Dennis Irwin. 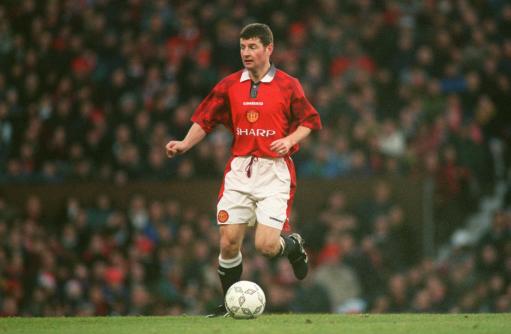 For the younger fans who didn’t get to see Irwin play, he will go down as one of the best British full-backs of his era. He played in more than 500 games for Man United and was utterly dependable and won just about everything there was to win in his club career.

He was also dynamite from set-pieces too.

That’s not to say Williams doesn’t have a bright future ahead of him. He looked very impressive tonight and could have a decent shout of forcing his way into the first team. Luke Shaw is often injured and Ashley Young is an over-the-hill right winger playing left-back, so there’s an obvious need for somebody to step into that role.

I still think these fans might be raising expectations a bit too high after that performance:

Utd might aswell put Luke Shaw on gumtree tonight, cos im more than happy to stick with Brandon Williams at LB.

Forget youngy and shaw we have got our own irwin the best let back after evera remeber the name Brandon Williams https://t.co/tDxIWGtgq9

Not going to get carried away about Brandon Williams one bit, but we’ve definitely found the next Denis Irwin and Patrice Evra rolled into one. #Baller #MUFC

Hopefully some of these opinions are a bit tongue in cheek, but with football fans these days you can never truly tell. He certainly had a good game, lets see him play that well for a consistent run of games before we start anointing him as a generational talent.

Man United should move for €20m rated outcast to improve their team and allow youngster to go out on loan August 27, 2020 19:29
Manchester United FC