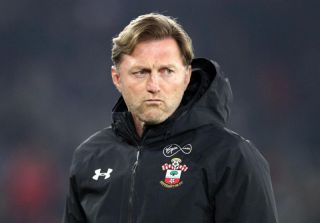 It was a disastrous night for Southampton on Friday as they capitulated and suffered a whopping 9-0 defeat to Leicester City at St Mary’s.

The result will undoubtedly raise serious question marks over Ralph Hasenhuttl’s position with the Saints as they dropped into the bottom three of the Premier League table.

Brendan Rodgers and his players will undoubtedly now enjoy their weekend as they made a big statement and moved up to second place in the standings, but it also seemingly left a smile on the face of the Portsmouth Twitter admin.

As seen in the image below, Portsmouth’s official account ‘liked’ Leicester’s tweet at full-time confirming their 9-0 win, as Pompey seemingly enjoyed seeing their rivals get turned over.

Given the disparity in leagues they probably haven’t had much to shout out about in recent times, but it was a good night for them and especially Leicester as they were relentless against a 10-man Saints side who were dire and look to potentially be in real trouble this season based on that performance.