Swansea City issued an official statement regarding their fans’ behaviour, after they created fake Emiliano Sala boarding passes ahead of their side’s clash against Cardiff City this weekend.

Swansea take on their bitter rivals in the Championship this Sunday, and ahead of this match, Swansea fans have done something that is truly disgraceful.

As per the Daily Mail, Swans fans made some mock-up Sala boarding passes, which is the reference to the Argentine’s death which occurred earlier this year. 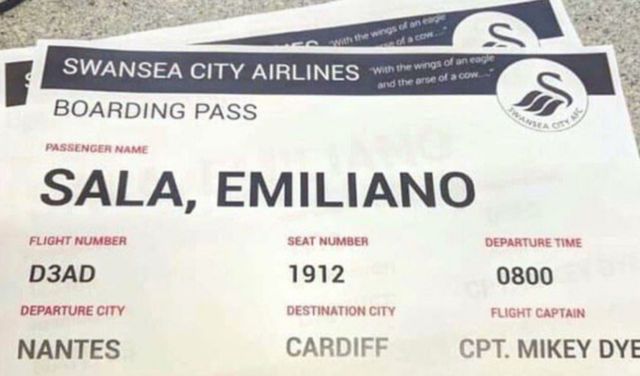 Following this, Swansea came out via their official club website to condemn the actions of some of their fanbase, with the Welsh outfit branding the action as “disgraceful”.

These actions are obviously in horrible taste, and we hope Swansea can find the culprits and serve them the justice they deserve.

Swans fans’ actions here are surely going to add more to fuel to an already fiery derby this weekend, one Cardiff fans will be desperate to see their side win, even if it’s just for Sala’s sake.