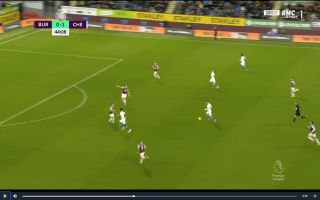 Christian Pulisic has extended Chelsea’s lead against Burnley after a superb run, this is turning into a historical night for the youngster. What a performance.

Willian’s key interception sparked a counter-attack for the Blues and Christian Pulisic charged towards Burnley’s goal. The winger tricked his way past the defence before unleashing a shot on goal.

The attacker’s effort was deflected into the back of the net by Ben Mee.

The American star opened the scoring for the Blues with a superb solo goal in the 20th minute of the clash.

Take a look at the superstar’s second of the game below:

Pulisic will be full of confidence after grabbing his first goals for Chelsea this evening, the youngster is definitely one of the most exciting wingers in the league.