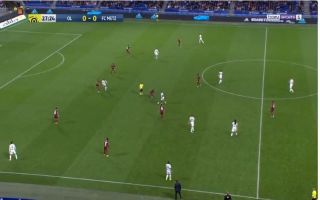 It’s so easy to point at Memphis Depay right now and say he is exactly the kind of player that Man United need so why did they let him go?

In all honesty, he probably wouldn’t be the same player now if he stayed at Old Trafford and continued to struggle. Moving to Lyon allowed him to develop and be the main player in the team.

This incredible solo run and finish tonight showed everybody exactly what he can do:

He’s starting to look like he might be ready for a move to a bigger club again. Man United might have kept a buy back option on him so that could be interesting, but it would be interesting to see him at a top club to see if he can continue with this type of form.