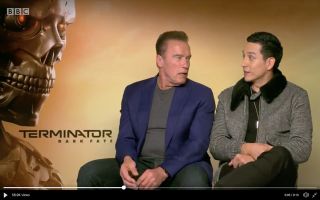 Film star and former strongman Arnold Schwarzenegger had a hilarious take on Liverpool’s performances ahead of their mammoth clash with Tottenham tomorrow.

Liverpool have themselves a superstar supporter it seems, Hollywood star Arnold Schwarzenegger declared that he’s a Reds fan and made his prediction for this weekend’s clash against Tottenham to BBC Sport.

Take a look at the Terminator’s take on the Reds:

"They lose some stupid games."

Here’s what the Movie star had to say on the Reds:

“I like Liverpool, they are not always successful but the momentum is there right now.”

“Sometimes, and I don’t know why, they lose some stupid games then they come right back again.”

Of course Arnie had to get his trademark saying into the interview. The pair were promoting the upcoming instalment of the killer robot franchise ‘Terminator: Dark Fate’.

Reds fans shouldn’t get on to to the superstar too much as he predicted that the Champions League winners would defeat Mauricio Pochettino’s men 2-0.

Video: Man United’s new signing Facundo Pellistri is welcomed to English football with an early two footer for the U23s 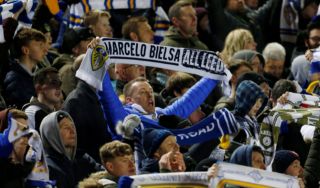