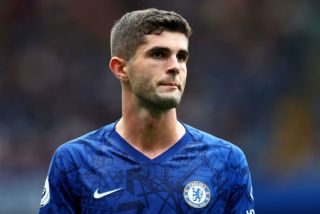 Christian Pulisic finally announced his arrival as a Chelsea player yesterday, after the Blues forward bagged a perfect hat-trick to help his side win 4-2 against Burnley at Turf Moor.

Pulisic’s hat-trick was joined by a lone goal from Brazilian international Willian, as the Blues won their fourth league game in a row, and seventh game in all competitions.

The win now means that the west London outfit are now just five points behind league leaders Liverpool, with it now looking increasingly likely that the Blues will secure Champions League football for next season by finishing in the top four.

Overall yesterday, Chelsea were brilliant, with their star man Pulisic bagging a superb hat-trick to guide his side to victory at Turf Moor.

In bagging a perfect hat-trick, Pulisic became just the fifth Chelsea player ever to do so in the Premier League, becoming the first since Didier Drogba did so back in 2010.

Five Chelsea players have scored a perfect hat-trick in the Premier League:

Given that these were his first goals for the club, it’ll definitely be interesting to see how Pulisic does at Chelsea from here on out after getting off the mark for the west London outfit.

If his display yesterday is anything to go off, it seems like the USA winger could prove to be a bit of a bargain in the long run!