Chelsea manager Frank Lampard has called for the club’s hierarchy to reward two of the side’s most important players with bumper new contracts.

According to The Sun, Frank Lampard has urged Chelsea’s hierarchy to reward Fikayo Tomori and Tammy Abraham with new contracts given their impressive performances recently.

The academy graduates have established themselves as starters after being given the chance to shine since Lampard took over at Stamford Bridge.

The duo have also earned call-ups to England’s senior squad and going off their sensational form, we can’t see them falling out of Gareth Southgate’s squad anytime soon.

The Sun add that talks are underway, with the new deals expected to at least double the stars’ pay. 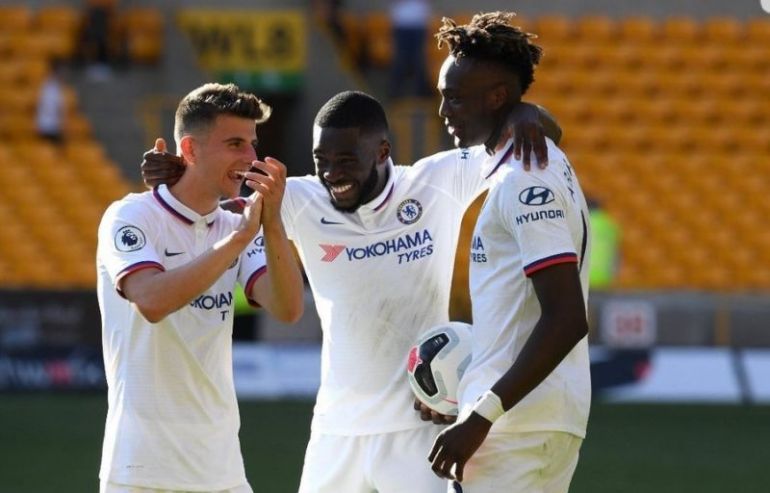 Mount, Tomori and Abraham have all established themselves as starters for Chelsea this season.

Here’s what Lampard had to say on the duo’s contract situation:

“Of course, I do. That goes slightly out of my remit when they are dealing with the club.”

“The club know I love the players, I brought them into the team this season.”

“They are doing particularly well but I leave those conversations to the club to discuss contracts.”

“But, of course, I want them to be here for a long time. That’s the conversation for me and the club I suppose.”

“I made it clear that they are playing very well and I want them to stay.”

Chelsea’s core of young players will be integral to the club’s future, for the first time in decades the Blues are giving their youngsters a chance and the side are flourishing.

The Blues are playing some of the best attacking football that they have in years, the side look unstoppable in the final third.