There’s almost the feeling that there could be some positivity around Man United after a couple of decent results. Many expected them to lose heavily against Liverpool and a win in Serbia can never be understated.

A trip to Norwich is a tough one to predict, they did beat Man City earlier in the season and United have been dreadful away from home for a while. Daniel Farke might not publicly admit it, but he should be thinking this is a good chance to pick up another win.

It was always expected that there would be some changes to the starting XI after the game on Thursday – this is how Ole Gunnar Solskjaer has decided to set his team up today: 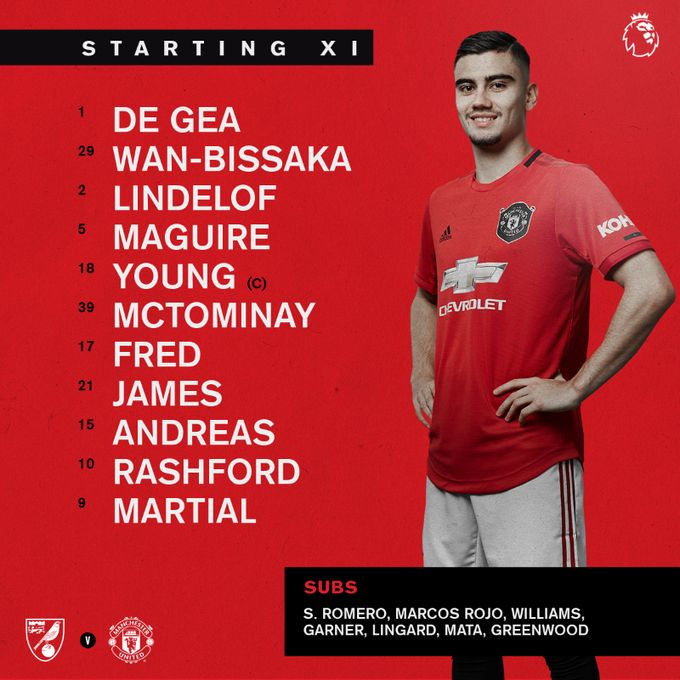 It looks like a fairly solid team, but Solskjaer really does love to persist with Ashley Young at left back. He’s looked like the weak spot in the team for a long time and should give Norwich an obvious wing to focus on.

Norwich are good going forward, and Young doesn’t offer an attacking threat so Brandon Williams will really start to wonder what he needs to do to get into the side.

He was excellent against Partizan Belgrade, and these fans are furious that he isn’t playing too:

“I am not affraid of playing kids”

When will we ever stop playing Ashley Young?!

What has to happen to Ashley Young to be dropped? https://t.co/Dy6WCLHJlr

There is at least some better news with the rest of the team. Anthony Martial returns to start and Marcus Rashford looked rejuvenated against Liverpool, so those two and Daniel James should offer some goals.

Pogba is still injured so it will be interesting to see which version of Fred turns up, he’s been good at times but the performance away to Newcastle was pure Sunday league stuff.

After all of this it’s almost inevitable that Ashley Young will score the winner in a 1-0 win, but it’s starting to look like Solskjaer won’t drop him no matter what.