Manchester United are set to battle cross-town rivals Manchester City for this £10m-rated English wonderkid, would this be a good signing for the Red Devils?

According to the Daily Star, Manchester United are set to battle rivals Manchester City for the signing of Rochdale starlet Luke Matheson, the ace is rated at £10m by the League One.

The Manchester giants are being tipped to make a January move for the ace.

The 17-year-old broke into the spotlight after an exceptional performance against United in the League Cup earlier this season.

The England Under-18s ace got himself on the scoresheet with a tidy finish. 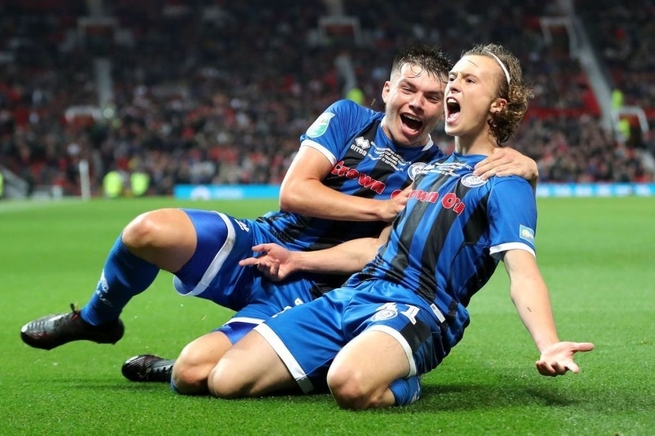 Matheson celebrating his goal for Rochdale against Manchester United.

Matheson made his first-team debut for his boyhood club at the age of just 15. The defender looks like a serious prospect for the future.

Ole Gunnar Solskjaer has been focusing on the youth since taking the reins at Old Trafford, Matheson is exactly the kind of down-to-Earth talent that the Red Devils should be looking to snap up.