The Nigerian international has been impressive for the Yellow Submarine since making his first-team debut last season. So far, Chukwueze has netted ten goals while providing five assists in 47 appearances across all competitions.

This season, the 20-year-old has featured in nine of Villarreal’s ten matches, scoring twice while providing as many assists.

According to Don Balon, Mane wants Liverpool to sign Chukwueze as he feels that the Reds need more attacking options. AS claimed that the Nigerian international signed a new contract with Villarreal which has a release clause of €100 million for the next two years and could be lowered to €80 million from the third year.

It’s not like Liverpool don’t have any suitable wingers. They do have the likes of Xherdan Shaqiri and Divock Origi who have often been important for the Reds. However, they need a winger or two who can have a similar kind of impact like Mohamed Salah or Mane.

Take the Manchester United match for instance. Salah was missing so Liverpool went for Origi on the left and put Mane on the right. However, the attack didn’t look as lethal as expected. Someone like Chukwueze who is doing well in La Liga could be a suitable addition in Liverpool’s squad. His predominant position is that of a right-winger but he has played on the left a few times as well.

Chelsea attacking target could be available for half of release clause June 1, 2020 14:20
Chelsea FC 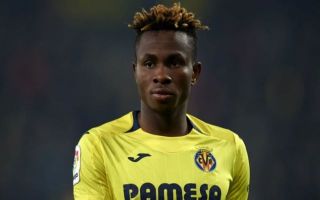