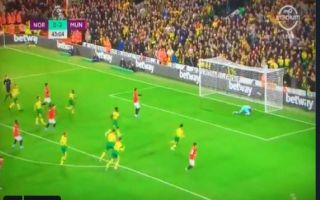 It really should be the most simple thing in the world, a free shot, middle of the goal and nothing but the keeper to try and stop you. so why are Man United having so many issues with penalty kicks?

Marcus Rashford missed an earlier penalty so it fell to Anthony Martial to try and convert the second. We did see in the World Cup that Tim Krul is excellent at facing spot kicks, but some serious practice is needed for United after this:

It’s a decent save from Krul put Martial might as well point and tell him exactly where he plans to put it, his body shape makes it so obvious.

Who knows what happens if they get a third, surely McTominay is the only reliable player in the squad right now?