There’s obviously an issue at Man United when it comes to taking penalties. Marcus Rashford and Anthony Martial have missed one each today, while Paul Pogba has previous from missing for the spot too.

It should be the easiest chance to score, yet players try to make it all about themselves and take way too much time and attention seek during the run up. All that does is increase the odds for the keeper and make you look even more foolish when you miss.

Once Rashford missed it was obvious the responsibility would fall to somebody else in the team. These fans clearly felt the choice was obvious, only it went on to backfire massively:

Martial’s miss would leave Ole Gunnar Solskjaer with an almighty decision to make if they do get awarded another spot kick in the game. There probably isn’t an “obvious choice” at this point.

Andreas Pereira has shown he has real ability from set pieces in the past, but it could fall for someone who is reliable and responsible to step up and make sure it gets put away. 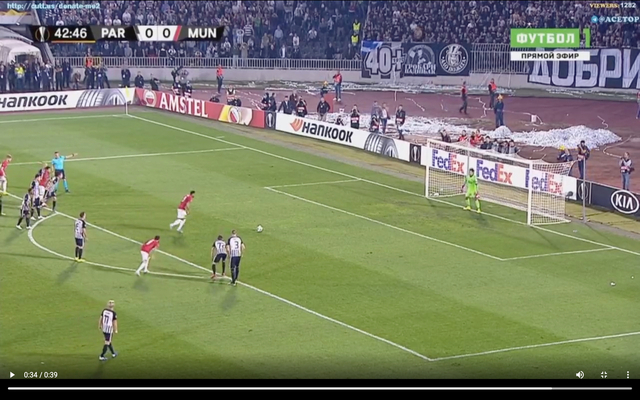 Martial did score a penalty midweek

Some people might laugh, but Scott McTominay does seem like the kind player who would take a no nonsense approach, pick a spot and just hammer it home.

This looks like it could be a good win for united, but Solskjaer is going to get inundated with questions about the penalty takers again after this one.