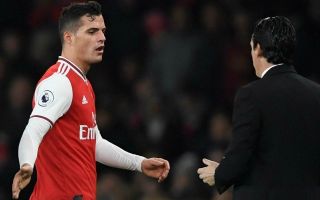 Former Newcastle United star Alan Shearer has weighed in on the Granit Xhaka saga at Arsenal after the midfielder’s meltdown against Crystal Palace on Sunday.

The Gunners captain did not react well to fans cheering the fact that he’d been subbed off by manager Unai Emery in the second half, as he responded by telling the home crowd to ‘f**k off’ and cupped his hand to his hear before storming straight down the tunnel.

It remains to be seen what will come next for Xhaka at Arsenal, with the Switzerland international only recently being surprisingly named as official club captain by Emery.

One imagines, however, that the Spanish tactician will now be considering removing the armband from the player, who will surely find it very difficult to win the fans back after this blow-up.

Shearer seems to think it’s hard to see Xhaka getting back into the team soon as he believes the situation would get ‘toxic’ if that were to happen.

Writing in his column for the Sun, he advised the 27-year-old to apologise quickly for what happened. 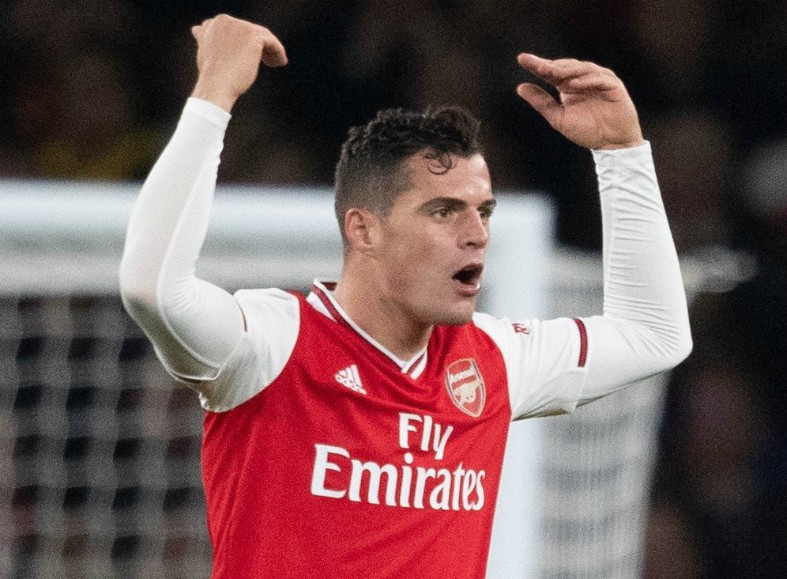 “I do not know how Granit Xhaka comes back from this,” he said.

“It will be toxic at Arsenal if Unai Emery picks him again and the player needs to come out and apologise sharpish to the fans.

“No one expects Xhaka to be pleased when your own fans are cheering when you’re being substituted.

“But, as captain, you just cannot react to your fans in the way he did. There is no way back for Xhaka unless he apologises.”