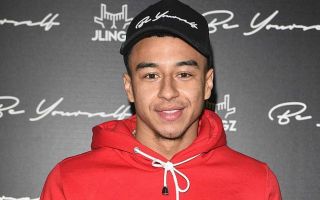 Manchester United ace Jesse Lingard has reportedly suffered a loss of £200,000 on his JLingz clothing line after a poor first year.

According to the Manchester Evening News, the England international’s clothing brand’s accounts show poor financial results after launching in 2018.

The JLingz line sells hoodies, t-shirts and other accessories, but looks like being the latest blunder by Lingard in what has been a difficult year.

The 26-year-old has long been a regular in the United first-team, but has gone off the boil on the pitch in recent times.

This news will therefore be more unwelcome pressure on Lingard, who was slammed at the time of launching the JLingz clothing line.

As noted by the MEN’s report, pundits Gary Neville and Roy Keane were not at all impressed with Lingard, particularly as he timed it just before a big game between Man Utd and Liverpool.

It seems unlikely that business ventures on the side would majorly affect Lingard’s form, but there’s no doubt the goals and assists have dried up for him of late.

Lingard doesn’t have the best image with many MUFC fans and his business flopping may well make some of those feel vindicated in feeling frustrated at him for not appearing focused on the pitch as his other projects don’t seem to be working out anyway.