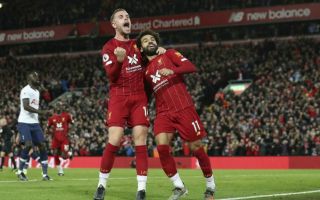 The England international has had to adjust to a new role in Jurgen Klopp’s side due to the presence of Fabinho in defensive midfield, but McManaman believes he’s dealt with the change brilliantly.

MORE: Pundit reveals the player who is carrying Liverpool on his shoulders

Speaking in the video clip above, McManaman hails Henderson’s excellent recent form and believes he’s added a new string to his bow with the way he’s developed in a more attacking midfield role on the right-hand side.

The LFC skipper scored a quality equaliser against Tottenham on Sunday to help the league leaders to an important 2-1 win that keeps them six points clear at the top of the Premier League table.