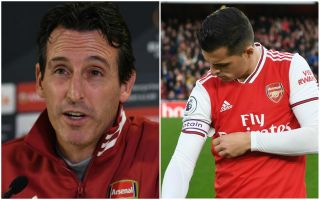 Arsenal manager Unai Emery has dropped a surprise hint that Mesut Ozil could be his captain for the game against Liverpool on Wednesday night.

The German playmaker has barely featured for the Gunners so far this season, but may now be in line for a return to the squad for this week’s Carabao Cup clash.

And on top of that, Emery did not rule out giving Ozil the captain’s armband amid the ongoing row with first-choice skipper Granit Xhaka.

The Switzerland international is yet to apologise for his angry response to Arsenal’s home fans in the weekend draw with Crystal Palace.

With Emery deciding to sub Xhaka off, the home crowd at the Emirates Stadium initially cheered the decision to remove Xhaka from the game.

The 27-year-old then appeared to swear at the club’s fans and cup his hand to his ears before storming off and heading straight down the tunnel.

It makes sense that Xhaka might not play against Liverpool, but Ozil is a surprise choice for captain if that is who Emery ends up going with. 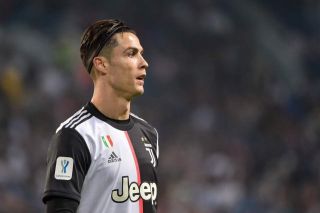 The Spanish tactician has shown himself to be pretty unpredictable in his Arsenal career, however, so this could just be the latest in a long line of strange decisions by the Gunners boss.

“We need his quality, his skill. We need his consistency. We need his positive mentality. Then we need him to help us on the pitch,” Emery said of Ozil, as quoted by the Metro.

“I want now like in the pre-season, like a month ago, for him to help us on the pitch.”

Asked if Ozil could captain Arsenal against Liverpool in Xhaka’s absence, Emery added: “It depends.. He could be yes.”