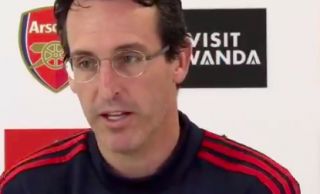 Arsenal manager Unai Emery has spoken out on the Granit Xhaka situation amid reports of him potentially losing the captaincy.

The Switzerland international got into a row with Arsenal fans at the weekend as he goaded them when he was subbed off in the 2-2 draw with Crystal Palace.

"He is now devastated" ?

Unai Emery with the latest on Granit Xhaka but refuses to say whether he will retain the @Arsenal captaincy ?

According to the Times, it is not yet clear if Xhaka will definitely lose the armband, but he is expected to be handed a fine by the Gunners.

Emery has confirmed he’s spoken with the player and did not give much more away than that, with the Spanish tactician clearly keen to look out for his skipper in these difficult times.

It remains to be seen how sympathetic AFC fans will be, however, as Xhaka never really looked an ideal choice to be club captain in the first place and is now showing that.