Barcelona chief Eric Abidal is in Brazil this week and is reportedly set to run the rule over a trio of talented young players at Sao Paulo.

As noted by Mundo Deportivo last week, the Catalan giants were said to be scouting both Rodrigo Caio and Everton Soares as they look to strengthen their squad.

However, it appears as though while that duo are no longer at the top of their shortlist, the reigning La Liga champions are staying in Brazil and continuing to scout top talent to take to Europe.

As per Mundo Deportivo, Abidal himself has now joined Andre Cury in Brazil and it’s suggested that Sao Paulo trio Igor Gomes, Igor Matheus Liziero and Antony Matheus dos Santos are all on their radar to assess and determine whether or not they will be considered as genuine targets.

Time will tell if they impress enough, but they have seemingly captured Barcelona’s attention as they appear to be making a point of expanding the Brazilian contingent at the Nou Camp following on from the acquisition of Arthur.

Barcelona appear set to continue to challenge for major honours this season, but it appears as though they are now looking for long-term solutions in the transfer market to build for the future.

With the three names mentioned above all being between 21 and 19, it’s clear that strategy is set to continue, but it remains to be seen if the trio do enough to catch Abidal’s eye and convince him that they can progress and develop into stars for Barcelona. 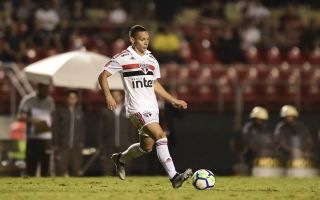