Manchester United are interested in signing Inter Milan striker Lautaro Martinez, who is also a primary target for Barcelona.

Martinez has emerged as one of the brightest young prospects in European football this season, netting seven goals in 13 appearances across all competitions for Inter.

Since Mauro Icardi’s move to Paris Saint Germain from San Siro during the summer, the 22-year-old has become Inter’s main man up front, outperforming Romelu Lukaku in the process, who arrived at the club from Man United in August.

According to Clarin, United are now prepared to do battle with Barcelona in the transfer market for Martinez, with head coach Ole Gunnar Solskjaer desperate to bring in extra attacking reinforcements at Old Trafford.

The Argentine publication states that Barca have been monitoring the Inter superstar’s progress since the Copa America and are thusly leading the race for his signature, but United are now also weighing up a potential bid.

As per the Daily Mail, Martinez has a £96 million release clause in his current contract, which Inter are hoping to increase in the coming months to ward off potential suitors. 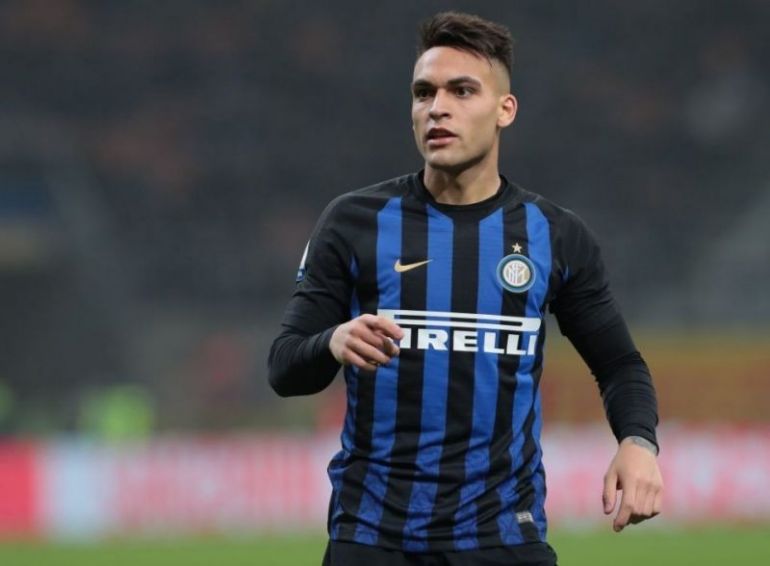 If the Argentina international continues on his current trajectory he could be worth significantly more than that by the end of the season, particularly given his age.

Martinez could become one of the most deadly centre forwards in the world in the coming years and United could certainly do with a proven goalscorer after a dismal start to the 2019-20 campaign.

Solskjaer’s men have slipped to seventh in the Premier League table and with only Anthony Martial, Marcus Rashford and 18-year-old Mason Greenwood to call upon up front, goals have been in short supply.

Martinez would be a great addition to United’s ranks and he would surely start week in week out at Old Trafford, whereas at Barcelona, first-team opportunities might not be so easy to come by.