Manchester City have scored what could be the first of many tonight as Nicolas Otamendi has put them 1-0 up against Southampton.

Watch the goal clip below as the Argentine adds to the Saints’ woes after they conceded a whopping nine goals in their recent defeat to Leicester City.

It remains to be seen if City can even come close to matching a tally that ridiculous, but they have the players to do it and have an early goal tonight to get the ball rolling.

Otamendi is not always the most reliable performer for MCFC, but he did well to get into the box here and finish off this move. 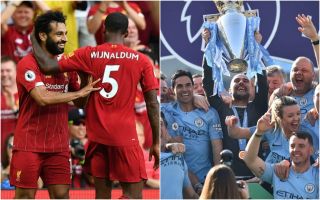