Man City are said to have reopened talks with German giants Bayern Munich regarding a deal for winger Leroy Sane.

As per Christian Falk, Sane’s agent met with Bayern chief Giovanni Branchini earlier this month to discuss a potential move to the Allianz Arena for the winger, and now, it seems like that move could well and truly be on if other reports are to be believed.

According to Sky Sports Germany, Bayern are still interested in Sane despite player picking up a serious knee injury back in August, with it also being stated that the Bundesliga side have started talks up with City again regarding a deal for Sane.

Should City end up letting Sane leave in the near future, they may live to regret it given how good the German international’s been for Pep Guardiola’s side since his arrival from Schalke a few years back.

As reported by Team Talk, seeing as Sane, who City want at least £100M for, has told the club he wants to join Bayern, thus it may not be possible for City to keep ahold of the forward come the January or summer windows. 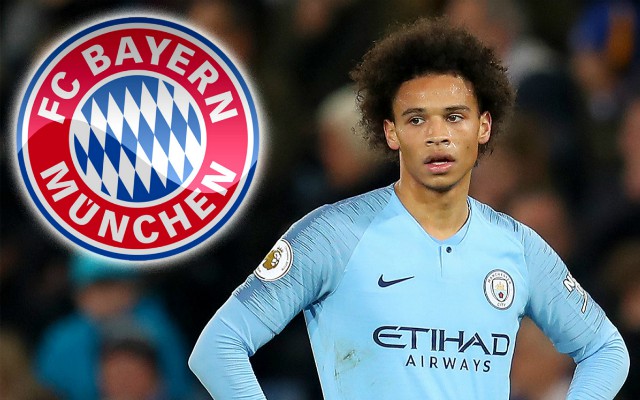 Sane has been brilliant for City over the years, with the player bagging a total of 39 goals and 45 assists in just 134 games for the club, an impressive record when you consider he’s still just 23 years old.

The German is one of the most electric wingers in world football, however it remains to be seen as to whether he’ll be the same player once he returns from the knee injury he picked up at the start of the season.