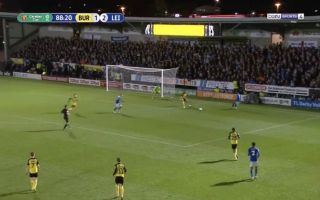 According to The Sun, United will submit a £60 million bid for Maddison next summer, having been impressed by his meteoric rise at the King Power Stadium over the last year.

The 22-year-old has been called up to Gareth Southgate’s England squad twice this season, with three goals and two assists to his name from nine Premier League appearances for the Foxes.

Maddison’s performances have helped Leicester rise to third in the league table and he has continued to justify ongoing links with United by netting in a Carabao Cup fourth-round clash this evening.

The English midfielder’s expert finish rounded off a 3-1 win for Leicester at Burton, which sees them safely through to the next round of the competition.

Maddison is proving himself as one of the brightest prospects in the country at the moment and he would surely be a valuable addition to United’s ranks if a proposed move to Old Trafford comes to fruition in 2020.

Check out his latest goal below.