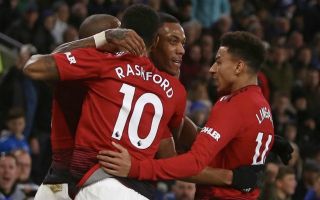 The Red Devils secured a 2-1 victory in the fourth round clash at Stamford Bridge, ending Chelsea’s seven match-winning run across all competitions in the process.

Marcus Rashford gave United the lead in the 25th minute via the penalty spot and United held onto their advantage until the hour mark, when Michy Batshuayi conjured up a brilliant equaliser.

Chelsea pushed hard for a winner but it was United who found an all-important second goal, as Rashford fired home a stunning 30-yard free-kick which flew past Willy Caballero and into the top corner.

Ole Gunnar Solskjaer’s side produced a gritty away display to earn a spot in the next round, but Lingard was unable to affect the game and eventually made way for Andreas Pereira in the 66th minute.

One fan described the England international as the “most useless footballer I’ve ever seen” on Twitter, with the United faithful clearly losing patience in a player who has yet to register a single goal so far this season.

Lingard is the most useless footballer I’ve ever seen

Lingard was tipped for a bright future at Old Trafford in his younger days, but at 26-years-old, the time has come for him to start producing the goods on a more consistent basis.

The midfielder’s movement off the ball is usually spot on and he is a strong dribbler, but he’s too often found guilty of wasting possession in the final third of the pitch. 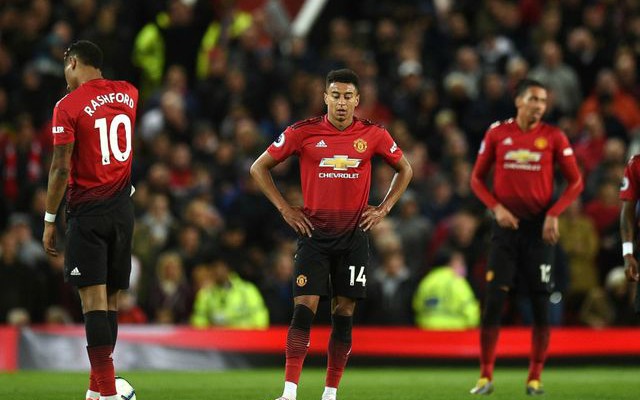 Another United supporter labelled Lingard “absolute trash”, with the general consensus being that he has yet to fulfil his potential at the Theatre of Dreams.

Lingard is absolute trash. If he was 21/22 you could give him the benefit of the doubt but he’s one of the senior players in the squad, he should be offering far more. Thanks for winning us the FA Cup but it’s time to part ways.

Check out some more comments from frustrated United fans below.

#CHEMUN Safe to say Lingard is finished. We looked so much better when he got subbed off.

Lingard is a waste of space why is he not sold yet? He thinks he is a big star and business man and he is neither

Lingard has got to go in January.

Lingard literally is a waste of space