Ole Gunnar Solskjaer has conceded that Chelsea’s youngsters are ahead of Manchester United’s at the moment, having spent the last few years out on loan.

The Blues have risen to fourth in the Premier League table after ten fixtures, while also impressing in the Champions League under the stewardship of club legend Frank Lampard.

The 41-year-old coach’s reign didn’t get off to the best start, but Chelsea have hit their stride in recent weeks, securing seven consecutive wins across all competitions.

Lampard has given the younger members of his squad the chance to shine, with the likes of Tammy Abraham, Mason Mount and Fikayo Tomori all emerging as key performers after spending the 2018-19 campaign out on loan.

In stark contrast, United’s younger players are still finding their feet in the senior squad, which Solskjaer has acknowledged ahead of a Carabao Cup fourth-round clash against Chelsea on Wednesday.

The Norwegian boss admitted in a pre-match press-conference that Chelsea’s academy stars are superior to United’s for one key reason.

“Chelsea are a very exciting team,” Solskjaer said – as per Metro Sport.

“Frank has got players that have been on loan for one or two seasons in the Championship.

“The difference between my youngsters is that they are almost stepping right now onto the scene.

“Axel Tuanzebe has missed the last couple of games, but he has been out on loan (at Aston Villa last season) and you can see the benefit.

“I think Chelsea’s young players benefit from that now. They are a mature young team.”

Solskjaer will be expected to field a much-changed line up at Stamford Bridge this evening, with teenage duo James Garner and Brandon Williams among those in contention for a starting spot. 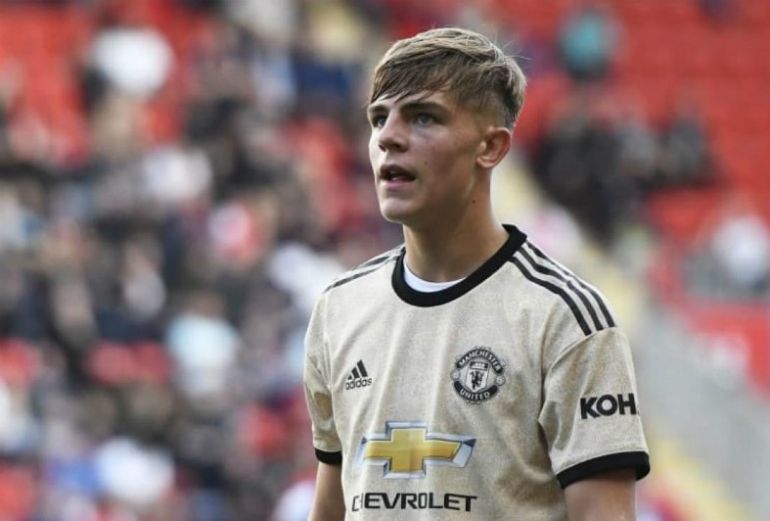 United’s youngsters have seen plenty of playing time at the start of the new season amid injuries to a number of key senior players, including Paul Pogba, Luke Shaw and Anthony Martial.

Solskjaer went on to praise the academy prospects for “stepping up” ahead of schedule and helping the Red Devils negotiate their way through a testing period.

“Character will be revealed in tough times, but I think the young kids have been excellent,” he added.

“I can’t give them any more responsibility and I couldn’t be any more happy with many of the youngsters.

“We know it’s been tough, and we know that we have asked a lot of them because Paul (Pogba), Luke (Shaw), Anthony (Martial) and loads of other players have been injured.

“The youngsters have stepped up in a difficult period. But in the end, they will be stronger for it.”