Most things in football are unpredictable – that’s why we all love it and get gripped by it on a daily basis. One thing is absolutely predictable and almost a sure thing, Barcelona will not be selling Lionel Messi to Real Madrid under any circumstances.

We often hear the debate about Messi vs Ronaldo and who is the better player. Ronaldo has been a success in Portugal, England, Spain and Italy and this is often used as a stick to beat Messi with – how can he be the best if the doesn’t leave Barca.

According to a report from The Sun, Argentine legend Hugo Gatti has been making claims that Messi needs to join Real Madrid if he wants to prove he’s the best player in the world. Obviously that won’t be happening, but let’s at least hear his reasoning for it.

Gatti made the comments to El Chiringuito which were reported by The Sun.

Speaking about Messi he said: “He has to have balls to go to Real Madrid and prove everything there like Cristiano. Otherwise he will be just one more [player].Cristiano went to the best club in the world. Messi plays at home, on his pitch with everything [that comes with that].

He went on to add: “Messi plays when they let him play. It’s very easy to play with everything in your favour at home.”

It’s certainly a bold if somewhat bizarre claim to be making. It seems he wants Messi to try and make things as difficult as possible for himself in an attempt to prove he’s the best in the world. 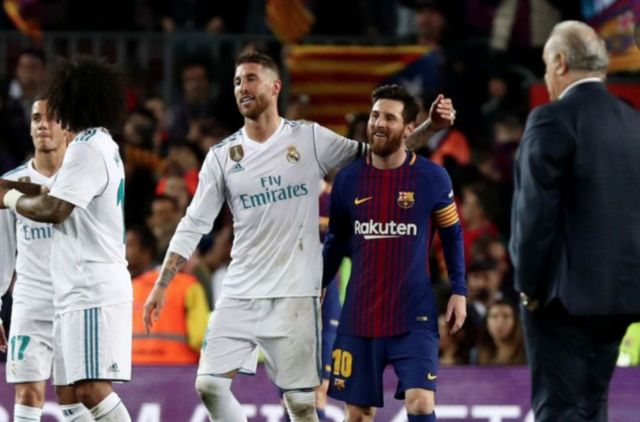 Ronaldo has often given the impression that it’s much more important to him to be considered the best, with Messi it just seems to come as part of being so good. There is no situation where it would make sense for Messi to turn his back on Barca and make that move to Madrid.

It’s also not even like Barca are a small team that Messi has had some success with. They’re one of the greatest club teams of all time and he’s a huge reason for their success.

It’s certainly one of the stranger claims we’ve heard this week, and also one of the least likely to ever happen.