It seems like this situation almost happened when Man United had a huge decision to make when they were due to play in the FA Cup and Club World Cup in 1999. Eventually they decided to ditch the FA cup and were accused of ruining the competition’s reputation.

Liverpool find themselves in a very similar situation after they qualified for the quarter finals of the Carabao Cup last night. It seems like that game will coincide with the Club World Cup so a drastic solution has been presented.

According to The Daily Mail via The Sun, Liverpool have looked into the possibility of fielding two separate squads to help them fulfill the fixture. They will be due to play in Doha and Birmingham at a similar time, so it appears that a youthful squad would be sent to compete in the Carabao Cup.

That decision might make a mockery of the competition in one sense, but it’s likely that a second string team would have been played against Aston Villa in the next round even if they didn’t have other commitments. 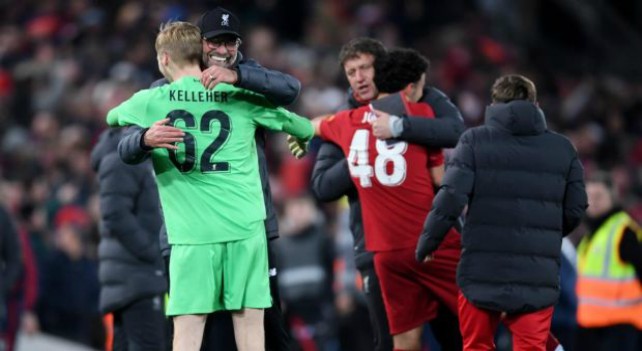 The report does indicate that Jurgen Klopp was also thinking of pulling his team out of the Carabao Cup altogether. It would be incredibly ironic if they decided to withdraw just months after escaping being kicked out of the competition for fielding an ineligible player.

There’s no definite solution to this for now, so Liverpool fans will need to keep an eye out for any announcements over the next few weeks.