Agents represent so many different players and interests these days that it’s not always clear who is being discussed when they meet clubs for talks.

One thing the Italian outlet Calciomercato seems sure of is the presence of Giuseppe Riso at Barcelona means that somebody is going to be moving. They can’t figure out if his connections to Inter Milan mean Barca will be bringing a player in or possible getting rid of a couple.

Calciomercato’s claims were reported by AS, who took the speculation further. Riso is the agent of Inter Milan star Stefano Sensi so they suggest there’s a possibility Barca might be looking to sign him.

The other theory might make a bit more sense – they think he might be there to help facilitate a possible move to Inter Milan for Arturo Vidal and Ivan Rakitic. The report does indicate that both players are out of the first team picture and have been linked to Inter in recent weeks.

The story goes on to suggest that the agent has acted as an intermediary for Inter Milan before, so his presence doesn’t mean that Sensi is definitely up for discussion. 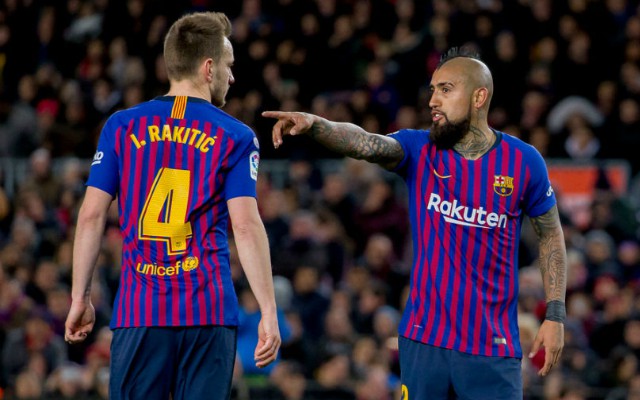 Could these two be on their way to Milan?

The Inter midfield does look a bit light so some reinforcements in January would make sense. Both players are the wrong side of 30 but Serie A is a slower and more tactical league so it could suit the pair.

It’s also possible that all three players are being discussed. Barca might want Sensi in exchange to bolster their options if they let two experienced players walk out the door.

Hopefully we get some clarity over the next few days to indicate exactly what was being discussed.