Arsenal are set for a battle with their heated rivals and a top European outfit as they look to secure the signing of this in-form defender whose been earning rave reviews.

According to Portuguese newspaper A Bola, north London rivals Arsenal and Tottenham could be set to battle it out for the signing of Benfica star Alex Grimaldo.

It’s reported that the Portuguese giants value the star at €40m (£34m), it’s also claimed that Napoli are keeping a close eye on the left-back.

The 24-year-old would certainly solve Napoli’s defensive issues and Carlo Ancelloti’s side are keen on making a move for the defender in the January transfer window.

WhoScored have given the Spaniard a solid average rating of 7.02 from three Champions League games, the modern full-back has been flying in the Portuguese league – earning a score of 7.69. 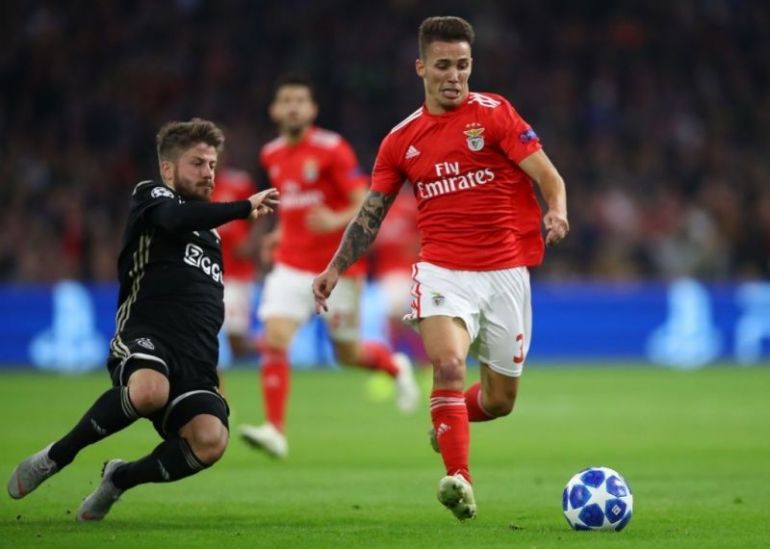 Grimaldo has flourished since joining Benfica, he looks ready for another challenge.

The Sun report that Barcelona are in line to make a pretty penny if the ace secures a big-money move in the near future, the Catalan giants have a sell-on clause on the star worth 15%.

It’s surprising to see Arsenal linked with the Barcelona academy graduate given that they signed Kieran Tierney from Celtic this summer for a fee of £25m, as per BBC Sport.

Going off of Grimaldo’s recent performances, the Spaniard looks like he has all the tools to help sturdy Arsenal’s defence.

With all respect to the Portuguese league, Grimaldo’s game has come on leaps and bounds since he left Barcelona – with the ace now turning in stellar performances every week, it may be time for him to seek a new challenge.

A move to the Premier League will certainly help him take his game to the next level and with Jordi Alba in his twilight years, Grimaldo has a serious chance of earning a call up to the Spain squad soon.