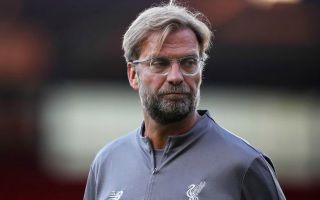 Liverpool have received mixed news on the injury front ahead of their trip to Birmingham to face Aston Villa on Saturday.

The Reds will hope to continue their impressive start to the Premier League campaign with a 10th win in 11 games, while these two sides will get familiar with each other as they also face each other in the Carabao Cup next month.

However, the focus for both teams will be on this weekend as they will be desperate to secure all three points, and there is good and bad news in terms of injury updates for Jurgen Klopp.

As noted in freelance injury analyst Ben Dinnery’s tweets below, the Liverpool boss spoke to the media in his pre-match press conference on Friday with Virgil van Dijk and Mohamed Salah said to be cleared to feature after sustaining a dead leg and an ankle knock respectively.

That will be a huge boost for the Merseyside giants given the importance of that duo at either end of the pitch, and it certainly gives them a better chance of coming away with a win.

However, Naby Keita is said to be a doubt after he came off in midweek in the win over Arsenal in the League Cup, while Klopp ruled Joel Matip out of being contention and suggested that he may well be sidelined under after the next international break later this month.

Matip in particular is a blow as he had formed a strong partnership with Van Dijk in the heart of the backline, while Keita is capable of offering a different dynamic in midfield that Klopp could certainly do with given the hectic fixture schedule over the next week or so.

He’ll have to find solutions without them though, but given Liverpool’s strength in depth this season, they’ll have alternative options available.

Meanwhile, Sky Sports note that Villa are hoping for good news themselves with talisman and captain Jack Grealish a doubt with a calf problem, although Dean Smith sounded optimistic this week about his chances of featuring.

Van Dijk (dead leg) and Mo Salah (ankle) are fine. Both players will feature at Villa Park. Naby Keita is a doubt after picking up an injury in the Carabao Cup. "I don’t know yet [if he's available], we will see," said Klopp. “Joel is not [available] for the next few weeks.” #LFC