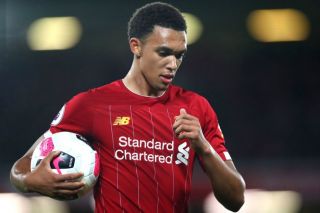 Trent Alexander-Arnold has enjoyed quite the rise to prominence at Liverpool, and he has revealed how it all began to fall into place for him.

The 21-year-old is on the verge of his 100th appearance for the Merseyside giants having established himself as a permanent fixture in the starting XI under Jurgen Klopp.

With a Champions League and UEFA Super Cup to his name already, he will undoubtedly have big hopes for the future and will likely have ambitions of becoming a Reds legend if he can manage to continue to improve and develop to remain a key figure at Anfield.

Speaking to Guillem Balague on BBC 5 Live Sport as per the video below, Alexander-Arnold has gone back to when it all began with Liverpool in an in-depth interview as he revealed he got quite lucky to initially get the chance to showcase his talent.

It didn’t take long for the Liverpool staff to notice his qualities and potential, and he details how he quickly started playing more regularly at Sunday League level alongside his progression at Liverpool and went from strength to strength from that point onwards to become the player he is today.

Naturally, there is still a long way to go and plenty more room for improvement, but it’s quite the story for Alexander-Arnold to be in a position that he would likely have dreamed about at a young age.

? 'From that day on I've been a Liverpool player' ?

?? Trent Alexander-Arnold tells @GuillemBalague how he went from a normal school boy to a #LFC player