Some Chelsea fans may be worried to find out that one of their key stars looks no closer to returning from injury. The longer he’s out the further he drifts from the team.

During his pre-match press conference ahead of Chelsea’s clash with Watford tomorrow, Goal have reported that Frank Lampard revealed that Antonio Rudiger is set to see a consultant regarding his ongoing injury.

Some fans would have hoped to see the ace in action this weekend, but the apparent injury boost turned out to be a miscommunication.

The Germany international is set to visit a consultant on Monday because of his ongoing issues with his pelvis. As he’s yet to see the specialist, Lampard couldn’t give a timeline on the return. 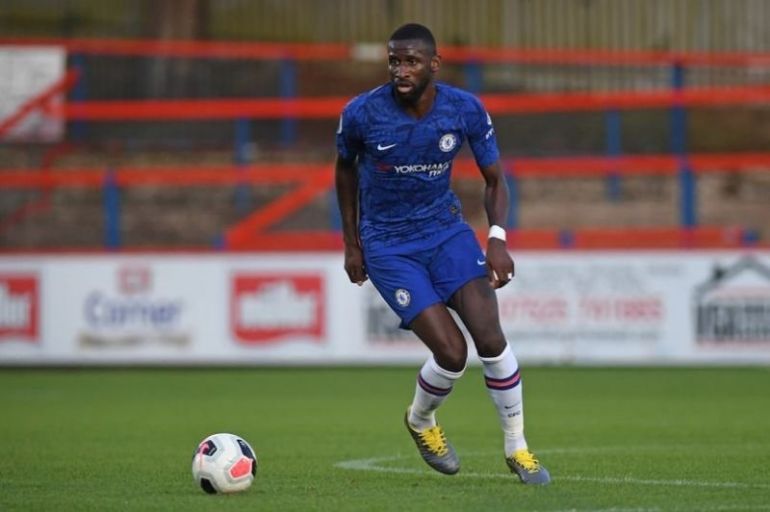 Rudiger has looked solid for the Blues but his injury troubles are a major worry.

“He’s not fit. I saw the quotes, whether there was a miscommunication I don’t know,”

“He’s going to see a consultant on Monday because he’s got an ongoing issue in the pelvic area. We’ll have to wait for the appointment to see how long he’ll be out. I was surprised by the quotes because he’s not fit.”

Rudiger has established himself as one of the better central defenders in the Premier League in recent seasons, but has constant injury problems could hinder is career with the Blues.

Starlet Fikayo Tomori has now made the centre-back position his own, with Andreas Christensen and Kurt Zouma battling for the opportunity to partner the ace.

Promising youngster Marc Guehi is also beginning to break into the first-team fold, Rudiger will have a difficult path back to the starting lineup whenever he’s back.