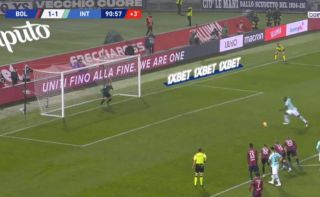 Romelu Lukaku proved to be Inter Milan’s saviour this evening, as the Belgian bagged a late brace to win his side the game against Bologna in Serie A.

With his side losing 1-0 as the game edged towards full time, Lukaku scored in the 75th and 90th minutes to win his side the game.

Lukaku has only been at Inter for a number of months following his move from Man United during the summer, and now, it seems like the forward is truly flourishing following a difficult campaign with United last year.

What Solskjaer and Co would do to have him back…