Manchester United manager Ole Gunnar Solskjaer heaped praise on Anthony Martial, saying that the Frenchman’s best is yet to come.

The 23-year-old has made 181 appearances for the Red Devils since joining them from Monaco, scoring 52 goals and providing 30 assists. This season, Martial has done pretty well so far, netting four goals and providing an assist in seven matches across all competitions. The Frenchman could’ve had more goals had it not been for a hamstring injury that forced him to miss eight fixtures.

Solskjaer feels that Martial has become more mature and his best is yet to be seen. Speaking to Manchester United’s official website, the Norwegian said: “I don’t think he has had a long run of games as a No. 9 since he played many years ago as a boy. You have to be obsessed with scoring goals as a No. 9 and he is looking more and more like a player who wants to score goals and not just show his tricks, and for me, he has matured a lot in his behaviour on the training ground as well. I believe we will see the best of him in the next few years.”

With Romelu Lukaku gone, Martial has become Manchester United’s primary centre-forward this season and the 23-year-old won’t get a better chance than this to show how much of a lethal No.9 he can be. So far, Martial has done pretty well and maybe the Red Devils would have been in a better position if he wasn’t injured.

The French international will hope to increase his goal tally today when Manchester United take on Bournemouth at Dean Court. 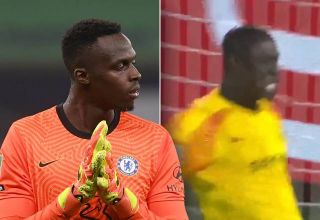